Faster Cable System is the new submarine infrastructure that connects the United States and Japan via 3 “landing points”. As the project evolves, it will also extend to some hubs along the coast of the two countries. Made of optical fibre, it cost approximately 300 million dollars and was promoted by a consortium which included the giant Google.

From America to Japan, passing under the Pacific

A record-breaking network of nine thousand kilometres of fibre. This is how Faster Cable System connects Japan to the North Western coast of the United States, passing under the Pacific Ocean, reconciling the need for high performance and coverage of large distances. This infrastructure, made of optical fibre, will make it possible to transmit data from one coast to the other using 60 terabits per second. This is the first and only trans-Pacific system able to provide broadband of this magnitude.

300 million dollars for 2 years of work

The work, which costs about 300 million dollars, was announced in August 2014 and took 2 years to complete. Faster Cable System is a project which came about as a result of the initiative of a consortium comprising the giant Google, together with some of the largest international operators in the field of ITC and networking, such as China Mobile International, China Telecom Global, Global Transit, KDDI and SingTel (as reported by website Submarine Networks).

There are three “landing points”, i.e. The points used to anchor the cables. One is located in Oregon for the US coast and two are in the Japanese prefectures of Chiba and Mie. As ictbusiness.it explains, the entire system will be extended to a number of hubs along the West Coast of America to directly involve, for example, areas such as Los Angeles, the San Francisco Bay Area, Portland and Seattle, as well as some cities in Japan. 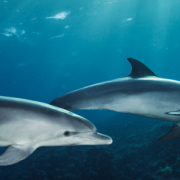 FLAG, from Japan to the United Kingdom, via Italy

Sign up to Newsletter
August 2016: all TLC & ICT events around the world