According to the Networked Society City Index, Stockholm is the smartest city in the world. The classification assesses the economic and social development level within a framework of respect for the environment, as well as the adoption of ICT tools that favour interaction between the city and the residents, improving the quality of life for the latter.

Networked Society City Index, Stockholm is at the top

Ericsson has created a new edition of its Networked Society City Index, the report that classifies 41 cities of the world based on their level of innovation. Two years after the first survey, Stockholm confirmed its position at the top of the list, followed by London. Third place, on the other hand, went to Singapore, ahead of Paris (which dropped to 4th place). Further down on the list, a good performance was recorded by Barcelona (13th), Istanbul (22nd) and Jakarta (30th), moving up 4-5 positions. Doing badly, on the other hand, were Hong Kong (dropping from 9th to 14th), Moscow (from 17th to 21st) and Dubai (from 22nd to 26th).

The Networked Society City Index analyses the cities based on two macro areas: the level of sustainable development and ICT maturity. More specifically, in the first area the economic, social and environmental aspects are analysed. In the technological area, on the other hand, focus is on the infrastructures, cost of access to the net and its use. Also assessed is the level of achievement of the 17 sustainable development goals set by the United Nations for 2030.

The underlying idea is that the “connected” city of the future must possess four characteristics: resilience, participation, mobility and collaboration. A perfect mix of innovation and social equality that ICT can help to achieve. New technologies, especially those connected to the net, the mobile sector and the Internet of Things, if used properly, can be a powerful tool for guaranteeing rights and services for an increasingly large portion of the population that is currently excluded. 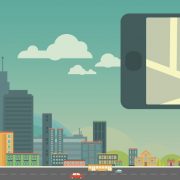 Sign up to Newsletter
Ericsson Mobility Report, a growing future for the mobile sector