June is packed with international appointments for the ICT and TLC world. Africa is at the centre of the Invest in Data Center Africa summit; Central and Eastern Europe will take center stage in a new event on the Capacity Conferences circuit, while Sao Paolo (Brazil) will stage a two-day event dedicated to broadband in South America. Also of note are three events on the Internet of Things: IoT Tech Expo Central Europe, Smart Home World and 5G World.

A special event will be held on the 8th June in Monaco, to discuss Africa’s infrastructure development in relation to the telecommunications industry. It will focus mainly on the development and implementation of the new data centres, capable of changing the industrial face of a continent deemed to be on the verge of a genuine technological boom.

A new appointment with the Capacity Conferences circuit will be held on the 15th and 16th June. This time it will address business developments in the old continent, especially Central and Eastern Europe. In Warsaw approximately 250 participants are expected to attend, representing over 30 international companies.

South America takes its turn on the 21st and 22nd June, hosting an event in Sao Paolo (Brazil) which is focused on broadband implementation. The event aims to discuss strategies that can facilitate faster connections on the continent, providing an increasingly accessible and cheaper service.

Three events for the Internet of Things

The theme of technology and its connection to the IoT continues to play a central role in the technological debate. Three dedicated events in June. First on the list is the IoT Tech Expo Central Europe 2016, in Berlin on the 13th and 14th June. Then it will be the turn of Smart Home World, on the 21st and 22nd June in London. Lastly, and still in London 5G World will be held on the 29th and 30th June, dedicated to the new generation of high-speed connections. 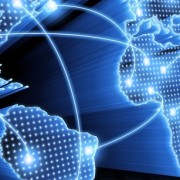 Telecommunications and ICT events in April

Sign up to Newsletter
Broadband fights poverty and inequality